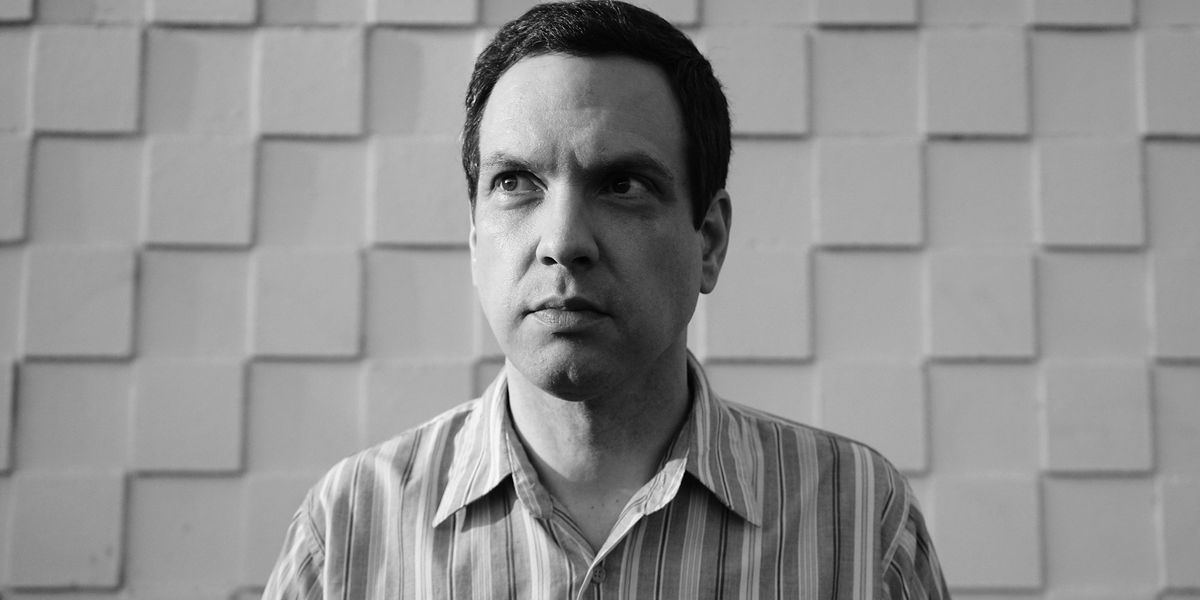 Cover albums can serve any number of purposes. A cover album can be a quick and easy way to fulfill a contractual obligation, or it can be a crass cash-in attempt. Cover albums can also be a way for artists to take a break from/avoid their songwriting during a dry spell. More often than not, a cover album is an attempt to pay tribute to an influential artist or artists, or even a particular genre or record label.

Whatever the motivation though, cover albums are here to stay. A variety of factors can determine the success or failure of a cover album. The commitment of the artist to the material is crucial. Finding the balance between bland paint-by-numbers production/arrangements versus unrecognizable and unpleasant re-imaginings is critical. And, of course, the song selection is of utmost importance: does the world need yet another version of “A White Shade of Pale”?

Chris Stewart, an electronic musician more popularly known as Black Marble, has now modestly entered the cover album fray with an EP, I Must Be Living Twice. It offers studio versions of five songs – originally by Robert Palmer, Lives of Angels, Wire, the Field Mice, and Grouper – that Black Marble has performed live in recent years. Black Marble pulls off a nice trick with I Must Be Living Twice. It fits nicely within Black Marble’s body of work – think of it as a postscript to 2019’s inviting Bigger Than Life album – but will also send curious listeners back to discover/rediscover the originals.

Black Marble opens I Must Be Living Twice with “Johnny and Mary”, the landmark single from Robert Palmer’s delightfully new wave album, Clues. While the pulse of the Black Marble’s is a bit more electronic than the original, it is nonetheless a mostly faithful version, with Stewart’s vocals eerily emulating Palmer’s. The faithfulness works here, bringing a song that sounded futuristic in 1980 into the 21st century, where it belongs. Palmer, who was quite the cover artist himself – he covered both the Beatles and Gary Numan on Clues, which you really ought to check out – would surely have been pleased by Black Marble’s “Johnny and Mary”.

The songs Black Marble covers on I Must Be Living Twice cover a wide timespan (from 1980’s “Johnny and Mary” through Wire’s 2015 song, “In Manchester”). Still, if you reach back and listen to each of the originals, you’ll find that, more than any musical similarities, the songs share an introspective and sometimes melancholy vibe that reveals itself in both the music and lyrics of each song. This vibe, which is squarely within the Black Marble wheelhouse, ties together the EP, whether the music is relatively upbeat (“Johnny and Mary”, “Golden Age”, “In Manchester”, somewhat more downtempo (“Emma’s House”) or positively ghostly (“Poison Tree”).

In addition to acting as a tribute to the artists who created the originals, I Must Be Living Twice continues Black Marble’s longtime acknowledgment of New Order as a primary influence. Fans of that pioneering band who haven’t heard Black Marble are strongly encouraged to give him a listen, and I Must Be Living Twice is an excellent place to start.