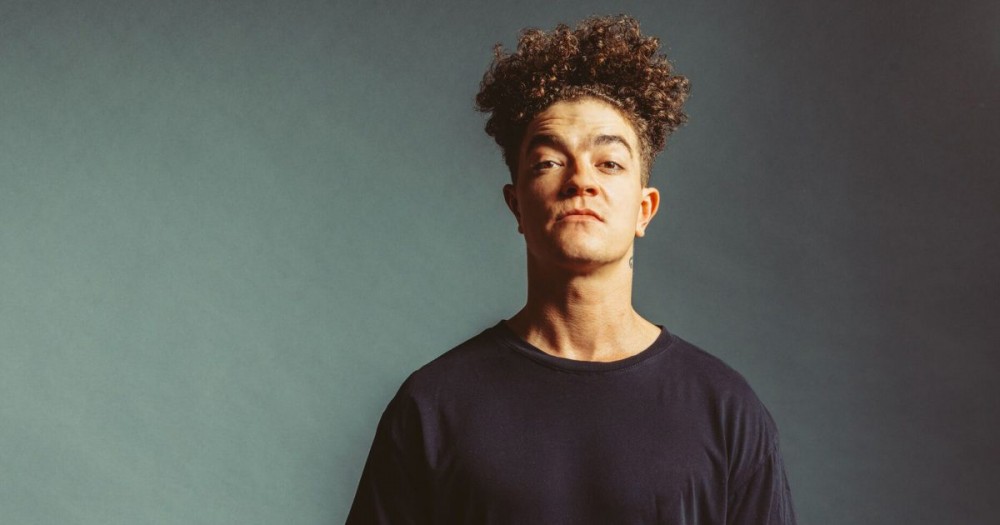 Billy Kenny is an artist who has been busier than a blue ass fly over the last couple years. His unique blend dark garage inspired drums, driving techno rhythms and synthesiser wizardry has landing him some huge festival slots around the world!

Billy’s record with Abby Jane] ‘I Operate’ found a very fitting home with Dirtybird in 2015, and since then he has continued to release regularly with them and also frequenting the Dirtybird Campout stages.

On Australian turf, Billy has remixed for some our beloved club legends like Benson, Go Freek and Dom Dolla. I’ve seen Billy select at heavy weight clubs like The Met and Chinese Laundry a handful times now, every set has been a very refreshing experience, the crowd is always on fire along with track choice and technical skills.

Big vibes on the new TAB release, was the writing process any different to previous releases?

Thank you! Yes, actually! I produced the whole EP right after the world tour last year which had given me copious amounts inspiration and i’d been itching to get into the studio for a while prior to writing it. I’ve been listening to a lot deeper techier stuff and i think Seahorses reflects that when you compare it to previous tracks mine. Although it’s not something too far away from previous tracks. Fun fact: the vocals in both “Jump Onna Beat” and “Move Like Aliens” are my own.

What’s the most memorable moment from writing the EP?

I think half way through writing the A side, “Seahorses”. Again, i’d been inspired by so many new sounds and it’s important to me that a new EP doesn’t sound like the releases prior to it, so that and being away from the studio for a while really helped out. Right after i created the “second drop”, I called my manager and said I’d made something I was really excited about. Anyway, I sent him what I’d done so far and he was just as excited (if not more) about it as I was! I played an unfinished version on our This Ain’t Bristol stage at Nocturnal Wonderland in front around 4,000 people and the place lit up. Thats when I got REALLY excited, it’s a festival stage kind record for sure!

The drinking from cups sample is great.. Do you have any other favourite meme videos? OR.. Do you actually like seahorses, seashells & things with seashells on them like blankets & towels?

Yeah, I thought a lot people would resonate with that one, haha! I love memes, but cant keep up with half them and can’t pick a favourite. I get bombarded with them daily in a group chat with some friends, haha!

Your Australian tour wasn’t long ago, any highlights outside the gigs?

I hadn’t had a holiday all year but I managed to have two mini holidays on the Whitsunday Islands and Rottnest Island in-between shows. I went full send tourist mode taking selfies with Quokkas, a helicopter around to Whitehaven Beach, went wake boarding for my first time and decided the knee board (not the proper board) was clearly for the more experienced so i stuck with that. Fine, I sucked, haha! I love seafood and we ate some the best food I’ve had all year if I’m completely honest, you guys don’t mess around when it comes to seafood. Oh, and I took full body nudes on two beaches too. Result!

Don’t be fended by the word c*%t, unless someone calls you a “s&%t c&%t. If you do happen to be addressed by the latter, you probably deserved it. Make sure you try to visit at least one the places I mentioned a second ago if you get the chance to and be ready for some rowdier than usual parties!

This was easier than I thought! In no particular order: Double 99 – RIP Groove, Lockdown 187 – Gunnman, DJ Bigga G – Mind Body & Soul. I still play these now and again, too and I’ll probably never stop.

Without using “swear words”, what’s the best diss you have ever heard?

Damn, without swear words?! I heard someone at a gas station in South Carolina say to the cashier “well slap my ass and call me Sally” once which made me and my friends cry with laughter behind her. Now imagine that in a super deep, South accent, haha!

Have you been listening to much music outside dance stuff lately? What’s a couple artists that are on rotation for you?

Definitely! Prince course! I love A Tribe Called Quest and hip hop that era, Kaytranada, Masego, who actually performed right before me at Sets On The Beach during the tour and he was such a cool guy! These are just f the top my head and I listened to two them whilst writing this.

Ultimate food after a huge night out?

Paella! It’s my favourite dish and I’d eat it for any occasion. Having said that though, after a big night out I’m more likely to get in the pressed juices and some greens to say sorry to my body. Sorry body.

Congrats on getting that dope house in LA. What’s your favourite part about it?

Thanks so much! I’ve never lived in a house like this and it’s just so nice to come home to. Having a studio in LA can be so expensive and i managed to snag the area in the house with three rooms joint onto each other so it’s perfect! Also, my studio has big windows looking over my balcony so i’m not sat in the dark making grimy beats. I’m sat in the sun making them, haha!

Have you picked up any new past times since moving to LA?

Yeah, I’m not too far away from all the cool city stuff so I’ve been trying out so many different places to eat. Some friends and I have been going to the Griffith Observatory’s Planitarium which we’ve kinda made a thing now. I fully recommend going, all the shows there are awesome! Honestly, my time at home now is whittling down and mid week most people are working so I find myself using my days f to really wind down or catch up on studio time.

Your two all time favourite plugins that are constantly getting a work out? AND.. how do you use them on a record?

Native instruments’ Massive, because its been with me since I first touched Logic after switching from Reason 4.0 around 2002. It’s where 75% my synths have come from for a long time. For the last few years, I’ve religiously used Waves Plugins. I use the H-Delay so ten for different things but i love using it as a spreader/widener or tape delay by turning the wet up around 10-15%, turning on the ping-pong effect to pan the delay, then switch it to MS instead BPM so that the delay speed is free and not synced, then set the delay to around 40 before closing up the feedback. You can do all kinds fun tricks with that too when turning the feedback right up and playing with the delay speed. It creates a really cool, trippy delay that even changes pitch as you move the delay speed. I like doing something similar with the reverb size in Massive, too. Just turn the “size” the reverb up and down on Massive whilst whatever riff/melody you have is playing.

GOAT production tip or trick you learnt during a collaboration with another artist?

It doesn’t sound too interesting but it saved me a LOT time. About a year into using logic, i used to use the fade tool for each individual audio file. I very rarely use drum loops unless i’m just chopping one little part out them, so all my drum kits were individual hits. I was using the fade tool for each individual one for a whole year before I knew I could select them all and type in the amount fade and curve in the fade. Felt like a right wally, haha!

Be sure to give Billy Kenny’s latest EP a spin and keep an eye on This Ain’t Bristol for more from Billy and the gang!