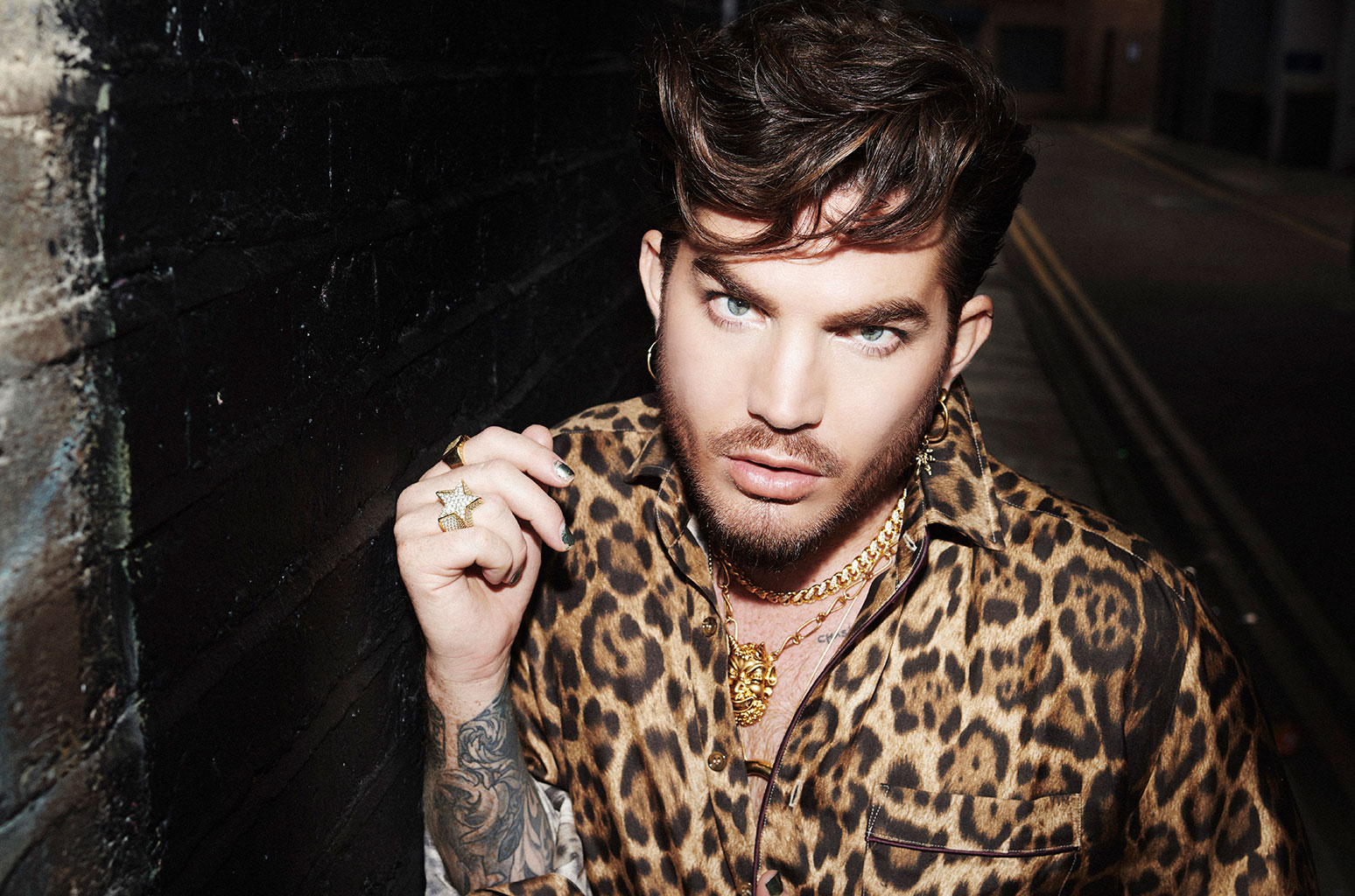 On a rainy Monday night in New York City (Dec. 16), Glamberts from all around the tri-state area gathered together in the Lower East Side's Bowery Ballroom, now transformed to resemble the interior of a shimmering disco ball, to watch their favorite glam-rock star deliver a stunning show. The crowd varied from tweens to elders (one woman wore a shirt stating "Nana Loves Adam"), all waiting for Adam Lambert to strut his way onto the stage.

And strut he did. Throughout the Queen touring frontman's 90-minute set on Monday night, Lambert made sure that each and every type of fan got a taste of something, whether they were looking to hear the hits, or some well-loved B-sides. "I want to thank all of you, my fans, who have been with me for the last 10 years," he said with a grin. "And those of you who more recently joined us. And those of you who happened to be wandering by the Bowery Ballroom and stopped inside."

From ballads to bangers, here are the 6 best moments from Adam Lambert's solo show at the Bowery Ballroom:

From the moment he swaggered onto the stage, Lambert made it clear that he was there to have a good time — decked out in a long, leather-esque trenchcoat and a pair of white, oval, Kurt Cobain-esque sunglasses, as he stomped out the chorus to his Velvet: Side A bop, "Stranger You Are." As he skillfully transitioned into his superb single "Superpower," he stripped away the exterior outfit to reveal a stunning emerald green suit covered with glitter. When it comes to openings, Lambert knows how to wow an audience.

A Queen among men

Even though the star was performing solo, he couldn't help but dip into a classic hit from his touring mates, Queen. Just after finishing a rousing rendition of "Trespassing," the star immediately launched into an earth-shattering performance of "Another One Bites the Dust," as the crowd wailed along with every impossibly high note.

The star wasn't afraid to strip down during the show, with two incredibly emotional performances of his singles "Feel Something" and "Closer To You." But the standout moment, by far, came when Lambert reminded fans of his stunning cover of Cher's "Believe," before letting them know "I'd like to perform it for you now." With his band stripped down to a simple piano, bass and drums, Lambert rocked the house with his raw vocals, bringing the audience to an overpowering 30-second ovation before the song had even ended.

Lambert wasn't only there to share his new music — the star took fans all the way back to his post-Idol album For Your Entertainment, but with a couple of welcome twists. First, when the star pulled out the titular track, he and his band laid down a groovy, disco version that saw the star embracing the '70s vibe of his new music. Immediately after, the singer launched into a semi-reggae version of "If I Had You," mellowing out the turbo-pop sound to get his audience feeling funky.

Merry Christmas to all

After what appeared to be his closing number with "Ghost Town," Lambert was summoned back to the stage by his screaming fans. "I'm Jewish" he told the audience, before reminding them that he'd just released a new Christmas song. "But it's got a twist — it's song about getting broken up with just before Christmas," he said to faux tears. To close out his show, Lambert performed his stunning new cover of "Please Come Home For Christmas," wailing out every death-defying note before wishing the audience a happy holiday and heading off stage for good.