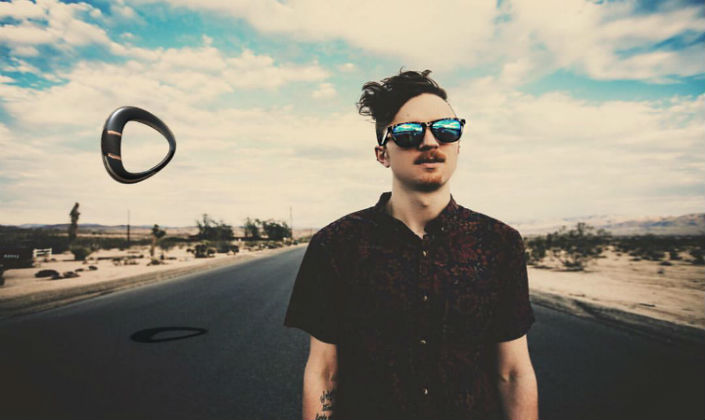 Only The Beat had the pleasure sitting down and chatting with legendary, bass music producer Minnesota in Atlanta. While he’s been in the scene for years, he’s still one the most humble producers we’ve had a chance to chat with.

Only The Beat: How has your fall tour been so far? Minnesota: It’s been really good and fun. It’s been awhile since I’ve put out a good amount music and I just put out a few tunes in the last few months. So being able to play shows after putting out those new tunes has been good. OTB: Are you excited to be touring with in the winter? <M: Yeah! I’m going to go home tomorrow after playing this show in Atlanta and then going to Joshua Tree to work on music for a month. Towards the end that I am going to be shows in D.C., New York and Philly with them. So just those three days and that’s pretty much it until the spring tour.

Minnesota in Atlanta by DV Photo Video OTB: Ah! So there is a spring tour! M: Yup! Usually we leave January, February and March open because I’m touring pretty hard almost all fall, summer and spring. So these next few months are usually where we slow down and chill out a little bit. OTB: You’re probably so used to these questions by now how did you get your name Minnesota? M: I grew up in Minnesota and moved to California when I was 18. Started working at Jamba Juice and that was my nickname pretty much. Basically, all the friends I made started calling me Minnesota and my wife calls me Minn, her whole family does actually. They don’t call me by my first name. So once I got into electronic music, I couldn’t think a cool DJ name so I was like ‘I’ll go with Minnesota for now and figure out something later’. But, I never really figured that out. OTB: Touché M: Now people know I live in California and they’re probably just think I randomly picked it. There’s not a cool story behind it, it was just a nickname that stuck around. It happens to a lot people when you move to a state where not a lot people are from there so they just call them that.

OTB: Were there certain artists that drew you to EDM? How did you get into producing and DJing? M: I got into this kinda music in 2009, I went to a festival called which is still happening, they did the eclipse gathering in August. I went in 2009 and that was my introduction to most the artists that I got my influence from like Bassnectar,  and Glitch Mob. Once I went to that festival and saw it in that environment I dove into pretty much. Those guys that have been around were my inspiration. This has changed over the years though. Now, my peers are my inspiration; he’s a good friend mine and we’ve made a lot music over the years. OTB: You’ve put out a few tracks this year, each having a very distinctive sound. How would you describe your progression sound from the beginning the year till now? You put out ‘Another Night’ at the beginning and then ‘Dark Crystal’ at the end. M: The last two years were kind tough in terms producing music for some reason. ‘Another Night’ was a track that took a year to make and I love the song but when a song takes that long to make by the end it you just get over it. I came into August this year, wanting to start making tracks that were a little faster as well as tracks that I could pump out. The track ‘HiLow’, I made it to play at the and was able to produce it in a week. It was a much better feeling, being able to do that real fast and getting it all out. So that’s the goal for the music now, to produce a little faster and not overthink too much. I want to get a little darker with the tracks as well. In the fall, I finished five to six new tracks that will be coming out in February so it felt good to make a ton music whereas the last two years where I just released a few tracks. OTB: That’s exciting! M: Yeah, it will be fun and there is lots good music.

OTB: In the past few years you’ve put out quite a few tracks that span various genres and styles. Do you see this evolving more in 2018? M: Yeah, I think so. The flow making music has gotten really good in the last six months. I think next year, I’ll be putting out a lot music. Hopefully, in February I’ll put out an EP six tracks and those are all done. So I’m doing a four-week retreat in January where I’m hoping to finish more music. OTB: How’s your journey been since you’ve been on ? Since that’s relatively new. M: Yeah! It started with ‘HiLow’ and I knew this would work really well with them. I’m good homies with the guys. It’s , Space Jesus and their whole crew, so I said we’ll do one track and just self release the rest the stuff. But, we had such a good experience with them! Well I’ve tried to work with a good amount labels and always had. With the smaller labels it’s always been good but with the bigger ones it’s always been a bad experience. So, the experience working with them was so great that I said ‘let’s keep doing it’. So I released another track with them and then the EP is going to be on the label as well. After that I am going to self release my stuff, I don’t want to stick with one label. It’s been awesome working with that group. OTB: How do you go about producing tracks with lyrics versus tracks that are instrumental? M: ‘Another Night’ took so long because working with the vocalist. Okay, actually let me start with this, working with the vocalist was one the best experiences I’ve had in terms working with a vocalist. I have a lot unreleased tracks where I’ve tried to work with vocalists but it’s just excruciating not because them. We have to meet somewhere, record it and hope you get it right, then edit everything. So, part the reason why after that track I did ‘HiLow’ was because it takes so long to do that. The ‘HiLow’ sample is from a sample pack online that you just buy and don’t have to worry about anyone else. It’s a lot fun to work with vocalists because you start with something and come up with something completely different. For ‘Another Night’ the vocalist I worked with was amazing, she produced the whole vocal but it’s nice to not have to worry about anyone else.

OTB: Your remix was probably one my favorites. It was quite different from the original but didn’t lose all the elements that made the song. What was your approach when you were asked to remix this? M: So that track, my management hit me up saying they wanted a remix. I’m a huge fan Lido, he’s f*cking amazing. I was down in Joshua Tree and finished that pretty fast. I can’t remember, it was over a year ago. I just remember being down there and working on the track and it all just clicked. I haven’t played it out live because I don’t know how to add it into my sets but maybe one day. OTB: Where do you typically draw your inspiration for your music from? M: Just listening to a lot other music. Obviously my peers but also depends on where I am in life at that moment. If I go in with an intention trying to produce a certain kind track then it comes out pretty different. It’s really random. OTB: You’ve played a quite a few sets and released a bunch songs with G Jones. Are there any future collaborations in the works? M: I’m trying to think. I don’t collab too much. G Jones is really the only one I’ve collabed with, he makes it work. I don’t have any in the works. I’ve always struggled doing those except with a few people. OTB: So you’ve been touring quite a bit this year, with festivals and shows. What was your favorite festival this year that you played at? M: . That was one I was so excited for. When the booking came through I was stoked, because it’s thrown by Symbiosis so it just made sense. Regardless whether I was playing, I would have still gone to see the eclipse. I worked on that set for a while. I got a bunch friends together, got an RV and we camped out for five days. For that set, I went up there and I honestly had no idea if it was good or bad. I couldn’t see anything because the stage was super dark and the crowd was dark; there weren’t many lights. So when I realized that once I got up there I was like ‘okay I guess I’m just going to play it’. Luckily it turned out good and I played the night the eclipse. We just stayed up all night and partied. It was amazing watching it with a bunch friends and partying all weekend. It was one my favorite fests.

OTB: So what are your plans for 2018? It doesn’t have to be totally related to the Minnesota plans. Are you going on a crazy hike across Patagonia or some wild stuff like that? M: Plans for Minnesota are to put out the EP, which is basically done. It’s going to be at the beginning March and is going to be six songs. There’s going to be a few more track throughout the year. So, this Atlanta show is one where we put in a lot production and have been working on a lot visual content. So the goal is to do a few more shows like this in 2018, where it’s a little more immersive set. Plans for me, just traveling with my wife; going to Spain in March.