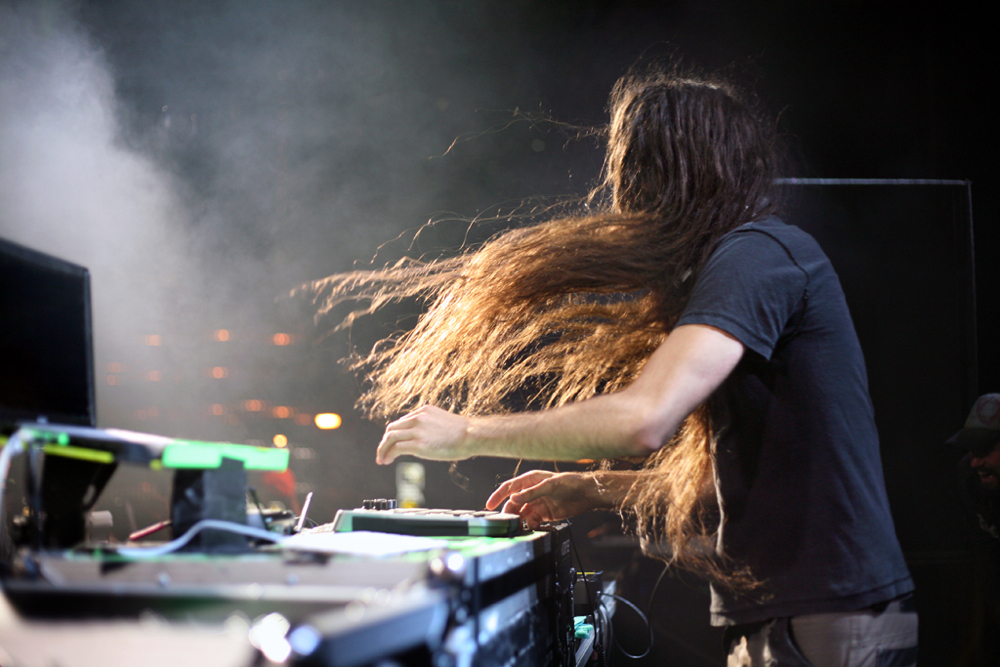 If you follow anyone who enjoys bass music on Twitter, you have probably noticed some serious anger around Bassnectar’s NYE set. For many it seemed to be to far into the hip hop paradigm to be enjoyable. Many others had issues with the amount ‘overdoses’ and how the venue apparently ran out water. It seemed that logistically things were quite a bit f. Still many had an incredible time at the show.

The Bassnectar unficial fan group, Bassnectar Family (BNF), has been seriously condemned this past week due to negativity and anger around new fans attending curated sets. It all seems pretty insane and honestly quite silly. One fan took things a step further by posting a rant on .

Little did he know though, is that Bassnectar was listening and decided to respond in a way that most likely humbled him back to the stone age. I think this kid learned the hard way to have respect for your elders and remember that DJs are still just people too.

“So seriously, to the other folks i was just wanting to speak frankly, not personally. but to you this is personal: i want you to understand you are LITERALLY the kind guy who makes and artist want to stop being an artist. You are literally spewing draining, toxic nonsense, and you’re doing it with a self righteous attitude as if you’re some authority on me or my art. you are literally the exact person i hope never comes to a show again.

i am not saying this to be mean, i am saying it because i know there are hundreds people like you and i want them all to stop coming to our shows. we want to gather kind, fun, loving people….we want to inspire them and challenge them, and slather them in art and music and caring energy… musically i will and can do whatever i want

you’ve been seeing me since 09 and yet you sound like a clueless burn out.

how can you be convinced i don’t give a fuck when i give my heart and soul for decades?

you think i secretly hate my fans? let me explain this:

i looooooooooove my fans but i have the respect to not think them as fans, i think them as awesome participants in an interactive art project, and i cherish them. but a true fan would NEVER tell me what to play…and would never look so clueless and lie like you do]

i love my fans but i cannot STANNNNNNNNNND trolls like you. you are literally poisonous. i don’t mind if it seems harsh, its just true.

On New YEars Eve the level intention i put into the messages was exhausting. I worked nonstop all December on that set… I havent played some those songs in many years. i have gone multiple sets this year TRYING not to play breathless so i could save it for the countdown… i have remixed the BAJEEEEEEZUSSSSS out so many next level creations by other awesome musicians and friends, i worked for a week with sebastian and a whole crew on that video for Other Worlds to premier it on video screens coming down at you from the sky with vocals saying “Do you imagine…you can get away” to other worlds] “lose that let your head go, just let it go” “do you imagine you can get away?”…music is the drug

also this word you say “recycle”…what. the. fuck.

i reinvent all the music i make and create new versions… i customize every track i hear from other people, and smash it all together into custom adventures as an art form. im not saying it’s qualitatively good

i am just saying i love it personally, i love what i do, i celebrate the freedom to do it, alot other people seem to like it

so…. what the FUCK are you doing here?”