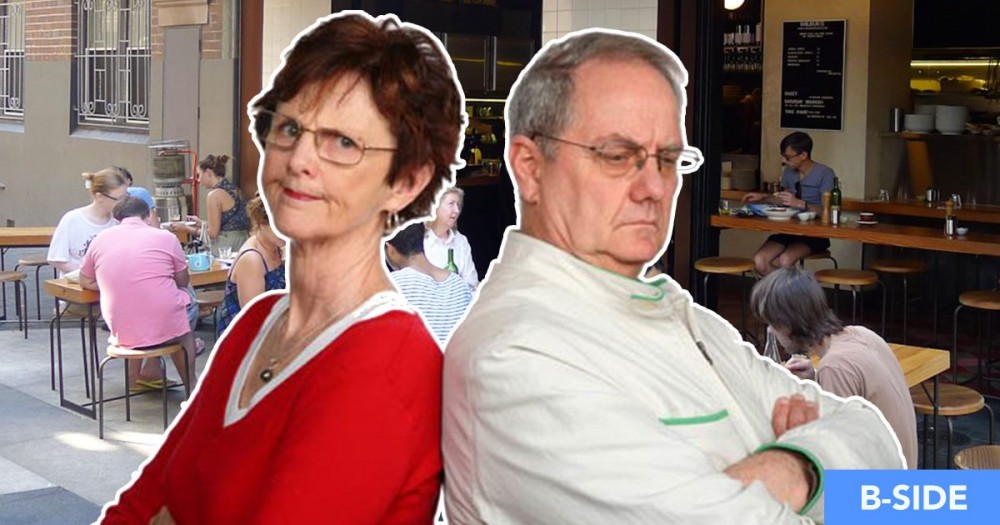 B-Side is our latest news section breaking the stories you won’t read about anywhere else. Hard hitting news f the back a truck that we published without fact checking.

In a surprising turn events, a large faction baby boomers have launched a campaign to end lock out laws due to the rising foot traffic in local cfee hot-spots during the morning.

Thousands 50-60 year-olds took over Darlinghurst’s Taylor Square on Sunday afternoon, protesting the crippling lock out laws for the way in which they have ruined their brunch routines.

“This is no way to live!” said Potts Point resident Nigel Farrington. “I used to be able to sit in peace at my local cafe and flick through the Tele without a bother. Now I’ve got all these millennial twits causing a ruckus, ordering their soy lattes and taking up all the sunny spots outside. I’d much rather them out on the streets bashing each other an evening.”

The new campaign has been growing in numbers by the day, and has resulted in the launching an ficial Facebook page aptly called ‘Keep Sydney Cafes Youth-Free’. B-Side Editor Micky ‘Muscles’ McClure reached out to the administrator the page, Evelyn Brownlee – a recently retired legal aid – who told us their campaign is more-so about “making life easier for us, not so much fixing the lock out law situation”.

She said “if we could have it our way, which we ten do, we’d keep the lock out laws in place and add a new law banning anyone under the age 35 from cafe’s and restaurants between the hours 9am and 12pm.”

“Unfortunately, we can’t win it all, so we’re willing to scrap the lock out laws if it means saving our peaceful brunchtime routines.”

Their is no confirmation on a second protest or if they will be taking their matter to the council, but we will ensure to keep this article updated as it unfolds.