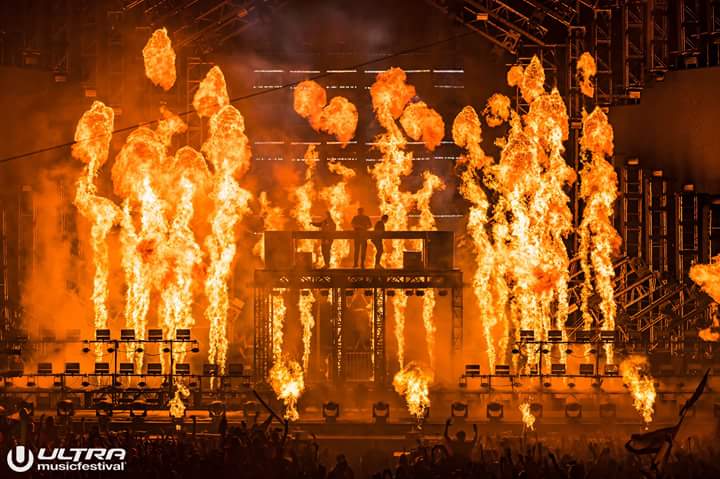 With the news that hit us late last week, the focus dance music finally shifted away from the reunion Swedish House Mafia at Ultra 20. It is weird to think that tomorrow, the 25th will mark one month since we were down in Miami watching the madness happen. Time flies when you are forced to be in reality! But yesterday Axwell’s imprint Axtone teased an announcement Twitter that seems to be linked to SHM’s Ultra set in some way.

While the video clip is grainy and short a clear snippet from the trio’s set can be seen – nobody else used that much fire during their set. Fans are praying it means the release a live set, but I have to play devil’s advocate on that rumor. It has all been but confirmed that we will not be seeing hearing that set in its entirety again. There are a few more things this could mean though.

First – Steve Angello’s new album, Human is being released on the 27th (the date mentioned in the video), so the entire teaser could be pointing at gassing up a good friend. There were also a few ID’s peppered in the set which we are still a bit unsure who can claim them as their own. We might be learning if those ID’s were new SHM collaborations this Friday. While we all want the news to be a tour – that would be surprising, as festival season is underway and all major lineups have now dropped. Still with the announcements Fall tours already happening, maybe it will be one last tour x2?

At the end the day though, keep your expectations in check. If I had to take a pressional guess at this, it will be some new music. But that is pretty awesome itself. Check out the teaser video below.