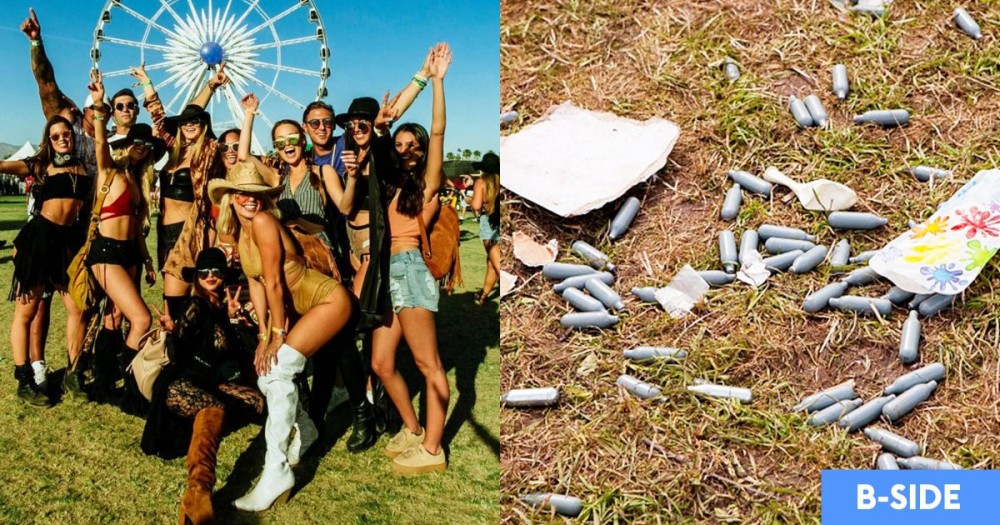 B-Side is our latest news section breaking the stories you won’t read about anywhere else. Seriously.

Coachella weekend one has just about wrapped up for another year, and although most people are raving about Beyonce’s stellar headline performance, the festival ficials are kicking up a bit a stink.

The 3-day event saw a massive influx Aussie festival heads and aspiring social media influencers take to Palm Springs and with them came the nang.

Acting as a tinny, metal carpet along the dusty foundation Coachella, empty NOS cannisters and balloons were found in the thousands – quite the contrast to the lush imagery we all associate with the event.

Naturally, Coachella organisers are not pleased with this, releasing a press statement this morning that clearly detailed their disgust.

“I don’t care what they do at festivals in Australia, we simply can’t allow this kind paraphernalia here, not with the likes Justin Bieber and the Yodeling Walmart Kid in attendance” said a spokesperson from Goldenvoice, the company behind Coachella. “This festival is upholding an image, that’s why all the Instagrammers and Jared Leto come. We’ve managed to uphold that image for nearly 20 years without an issue, and if banning Australians means getting rid these ‘nangs’ then we are willing to consider it.”

One Aussie punter, Darren Marks – who has been to 3 Coachella’s – said ficials shouldn’t be so “pissed”. “It’s like having a little bit home here with us in sunny California. Besides, we’re not hurting anyone sucking a few nangs.”

He added that if Coachella plan to ban Aussie attendance, his crew will personally chain themselves to the main stage. “Yeah, I’d do it. Just try me. It’ll be just like that episode The Simpsons where Lisa gets a crush on that vegan activist bloke and they tie themselves to the trees” he explained.

Some very interesting news out Coachella. Hopefully they get the nang situation under control before weekend 2. We will update this story as it unfolds.