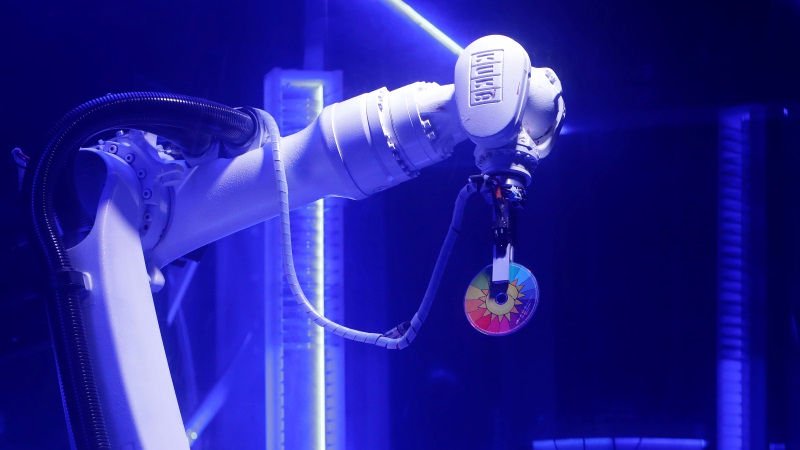 It seems that — more and more — the craft  “true” DJing is becoming far less common. On one hand, DJs like or scratch and spin on vinyl. On the other polar opposite end, certain clubs are now using artificial intelligence to spin tunes. Prague based nightclub, Karlovy Lazne, is here to blow minds with a computerized DJ system that works with a human programmer in an hourly rotation to get club rooms moving and grooving.

reports that the club’s management challenged a robotics team to create a robot that could perform at a dance club. The result? A fully functioning robo-DJ that acts as an extending arm to scratch, spin, and twist on the decks.

Some were thrilled by the proposition a Black-Mirror-esque dance floor rave, others weren’t as pleased.

“I don’t like the robot,” Marcia Lopes, 24, a tourist from Mexico . “It can’t feel what the people want to dance to. There is no emotion behind the music. When there is a real person, they know, what fun is like.”