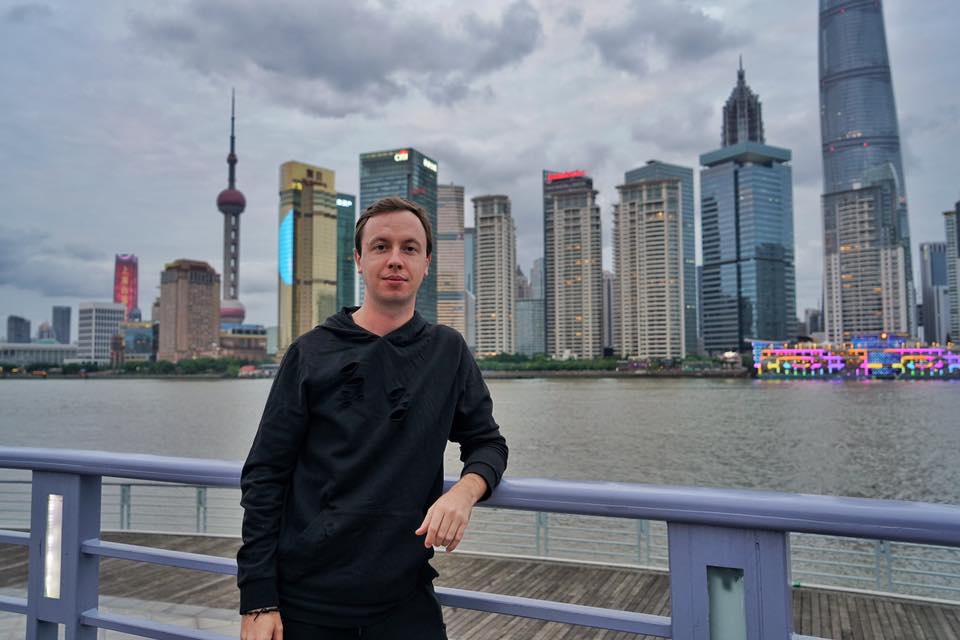 Andrew Rayel has seen a truly meteoric rise to glory the past few years. Starting f his career with support from the likes Armin Van Buuren and Tiesto was no small feat, but how the artist has continued to grow to become one Trance’s most beloved producers has been a meticulous process. Andrew is the kind guy you cannot help but gravitate towards. His vivacious personality immediately puts all those around him at ease. His sense humility around his many achievements makes him approachable. Above all though, Andrew Rayel is one the most dedicated and hardest producers in the game.

Miami Music Week and course Ultra Music Festival are some the most important times the year for producers and DJs alike. The week leading up to Ultra and the festival itself is when artists take chances at debuting new music to gauge crowd reaction. Andrew is no different in this regard. Having been award a coveted spot at the A State Of Trance stage on Sunday, he held nothing back in a truly one a kind set.

“This year I am going to take a very unsafe step. I am going to play most the IDs I have so far. These new tracks will be released throughout the entire year. So I thought to myself, why not? I mean it is a live broadcast, and I am playing it a bit earlier, therefore it’s a good idea to play all the IDs and course some the big hits. Besides some the classics it will be just straight new material from myself and the label.”

The Megastructure at Ultra which has hosted ASOT since the first year the festival featured the brand as a stage curator received a massive improvement in 2018. Special effects and a truly captivating array lights made the crowd’s jaw drop to the floor. Even Andrew was blown away by the production.

“The megastructure looks incredible. They always come up with unbelievable structures but this year it is 20 years Ultra! They really are going to put on something special.”

Cementing A Legacy Ever Step Of The Way

About six months ago Andrew launched his very own label, InHarmony. Transitioning from producer to label boss comes with a unique set challenges. Many artists decide not to take on the responsibility their own label, but Rayel fered brilliant insight on why he decided to take this major step.

His words rang with an air introspection. He paused before he continued seemingly thinking back on his whirlwind a journey which helped him achieve unbelievable success in near record time.

“I think if you go through every step slowly, learning about everything, exploring every level then you get to achieve success for a long time. For me, my journey began with learning in music in school, then I started producing music and I started releasing on small labels, sending my tracks to everyone. Soon I got played by Armin, Tiesto and all the bigger names. Then got signed to Armada. Then I got into DJ Mag and I released my first album. My first solo tour followed, then the release my second album. It was natural for me to create my own label and now get to be that guy that decides. I love to get into my studio and work on songs with up and coming producers. That’s just what I like to do. Not just release material as it is but help the artist for free. Then I am able to release a good song f the label and play it in my sets.”

Andrew Rayel is also approaching a massive milestone in the life any producer/DJ. He is about to hit the 100th episode his radio show Find Your Harmony. The radio show takes a mountain passion and dedication to pull f. As in most aspects his life, Andrew loves to be involved entirely in every step the process.

“Episode 100, I am very excited about that. Radio shows are one those steps that I forgot to mention earlier. They are very important. I started Find Your Harmony as a podcast. Three years ago I would just release a new show maybe once and awhile. It starte to get popular and then I knew it was time to make it a radio show. I would produce a new episode maybe two times a month. Then this year, we started to do one every week. It was growing so fast, and people are really enjoying it. I dedicate one day every week to make the radio show. There are so many radio stations, and they all want the show customized with their jingles. So it takes about 5 hours to make the show, then 2 hours to edit it for every station. So it is a full day Find Your Harmony a week for me, but I love that. It is a great process as I check out all the new music and some it will ultimately end up in my sets. So it is helpful for many reasons.”

As I mentioned before, it is near impossible to find something to dislike about Andrew. His drive is near supernatural and the respect he maintains for the process grows every day. Andrew took the stage at the Megastructure on Sunday and truly blew fans away. While producing a radio show, mentoring up and coming artists, traveling the world and producing new music – Rayel still finds the time to stop and reflect on the progress he has made, and how bright his future still remains.