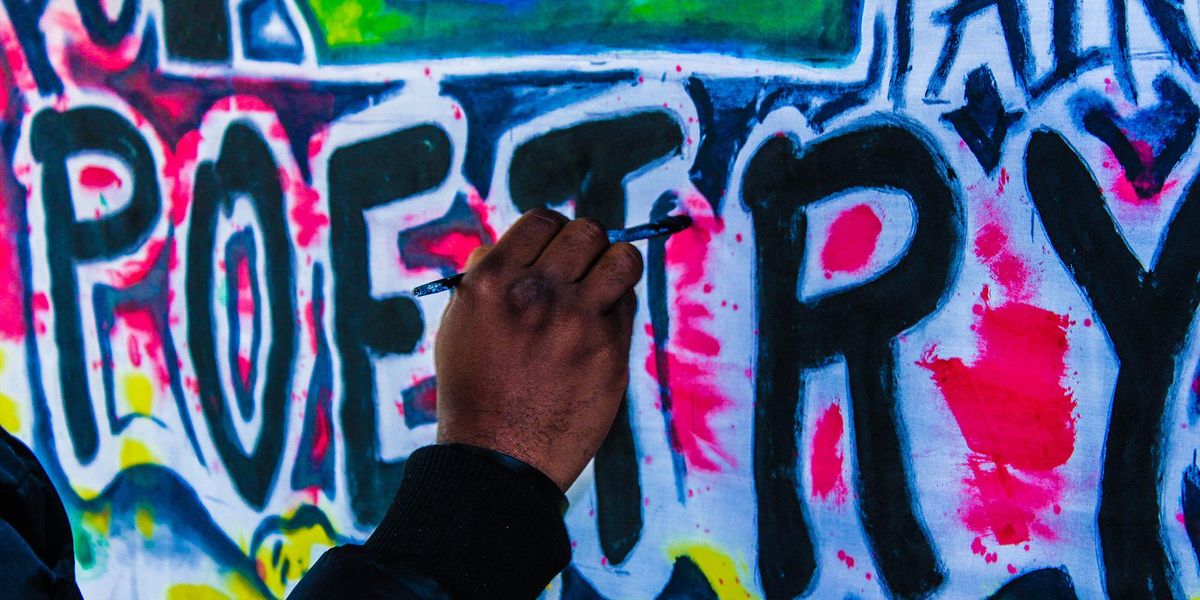 On 20 January 2021—in the shadows of the terrorist attack on the US Capitol just 14 days earlier—Amanda Gorman became the United States’ sixth inaugural poet. At 22-years-old, Gorman became the youngest inaugural poet, but more important than her age is her ancestry. As Gorman beams in her inaugural poem “The Hill We Climb”, she is “a skinny Black girl / descended from slaves and raised by a single mother”. In a modern genre known for looking hopefully into the future, Gorman’s inaugural poem instead looks backward and offers a history lesson steeped in darkness.

Since the inception of this national tradition in 1961 when President-elect John F. Kennedy asked Robert Frost to deliver an inaugural poem, three other presidents-elect have incorporated poetry into their inaugurations: Bill Clinton in 1993 and 1997, Barack Obama in 2009 and 2003, and in 2021, Joe Biden. It’s telling that every Republican president-elect since Kennedy has refused to participate in the tradition of inviting a poet to write and deliver an inaugural poem. While poetry is always political, it is not partisan. Nevertheless, inaugural poems have become a Democratic tradition rather than a national one.

The genre of the inaugural poem typically sanctifies the present. In 2013, Richard Blanco’s inaugural poem for President Obama’s second inauguration, entitled “One Today”, highlights how Americans are united across space by engaging in shared, interconnected rituals that comprise the present:

My face, your face, millions of faces in morning’s mirrors,
each one yawning to life, crescendoing into our day:
pencil-yellow school buses, the rhythm of traffic lights,
fruit stands: apples, limes, and oranges arrayed like rainbows
begging our praise.

The unity of the nation’s people is metaphorized in the unity of the day. What can seem like isolated lives going about their everyday rituals is in fact linked rituals that blend into a diverse symphony of “today”. The title of Blanco’s poem foregrounds the unity of these diverse rituals.

Four years earlier in 2009, Elizabeth Alexander’s inaugural poem similarly focused on the present and how everyday people sanctify the present. “Praise Song for the Day” begins:

Each day we go about our business,
walking past each other, catching each other’s eyes
or not, about to speak or speaking.

The majesty of the present is made visible and celebrated. These opening lines posit everyday speech as potential bridges of communion. Even when people pass each other, they are all “about to speak or speaking”, all looking to connect and enrich the here and now. The sanctity of language to bless the day is encapsulated by the poem’s final stanza: “In today’s sharp sparkle, this winter air, / any thing can be made, any sentence begun. / On the brink, on the brim, on the cusp”. The present is pregnant with possibility and everyday speech has the capacity to give birth to the new.

Gorman’s 2021 inaugural poem, however, breaks from this tradition of praising the present. Rather than celebrate the day, Gorman’s poem begins by acknowledging the suffocating shadows cast by history.

When day comes we ask ourselves,
where can we find light in this never-ending shade?

While the imagery of “never-ending shade” may seem capacious and capable of embracing all social violence committed in the name of nationalism, the most persistent form of darkness in Gorman’s poem is anti-Black violence. As noted above, Gorman makes it a point to emphasize that she is “descended from slaves”. The poem connects past institutions of white supremacy to present iterations by interweaving the recent attack on the Capitol, which was fueled by Trump’s rhetoric of hate:

We’ve seen a force that would shatter our nation rather than share it,

Would destroy our country if it meant delaying democracy.

And this effort very nearly
succeeded.

The shade of the past structures the present, disallowing the fantasy that a new president means a new day. From the onset, Gorman’s poem dissolves the ideology that an inauguration announces the new, deracinating the present from the past.Gorman figures the present not as a temporality replete with hope but as “never-ending shade”. At the poem’s onset, Gorman queries “where can we find light”. Inauguration day is not posited as a panacea, and the removal of Trump from office is not celebrated as a victory against white supremacy. Rather, the darkness continues, and the “never-ending shade” threatens to stretch into the foreseeable future.

It’s naïve and ignorant to assume that white supremacy will go into remission with Trump’s removal from public office. Rather, as the terrorist attack on the Capitol two weeks earlier made abundantly clear yet again, white supremacy is a movement and a network with deep historical roots.

Gorman’s question “where can we find light in this never-ending shade” is answered in the poem’s final lines:

“The Hill We Climb” is a democratic poem, articulating a faith in the people to be the light. This light does not look forward to a new tomorrow. Rather, this light turns to the past to begin to dissolve this “never-ending shade”.

As Gorman shared in an interview: “One of the preparations that I do always whenever I perform is I say a mantra to myself, which is ‘I’m the daughter of black writers. We’re descended from freedom fighters who broke through chains and changed the world. They call me.’ And that is the way in which I prepare myself for the duty that needs to get done”.

Gorman’s poem thinks and feels history, and it also thinks and feels geography. As the poem’s title announces, Gorman posits that Americans must “climb” the “hill”. This is difficult yet necessary work. Despite what can be a strenuous climb, the image connotes that there is a summit to be reached, and it is within sight. The obstacles ahead are not insurmountable mountains but rather hills that can be overcome.

But Gorman challenges how we perceive and conceive this familiar trope. Without warning, the poem shifts into the historical. Gorman writes:

The hill we climb
If only we dare
It’s because being American is more than a pride we inherit,
it’s the past we step into
and how we repair it

Gorman initially orients her audiences to think spatially, to “climb” the “hill” and overcome the present crises that mark and define the nation. She then swiftly disorients the reader. She changes the cultural logic and disallows us from getting swept away in the familiar, easy metaphorics of climbing into a new day. Instead, Gorman mandates that we think historically.

Three lines after introducing the hill imagery, Gorman declares: “it’s the past we step into and how we repair it”. Gorman is asking us to hold two contradictory thoughts at once: to hold firm to the optimism that we can climb towards a new future and that we need to simultaneously “step into … the past”.

What I want to emphasize is how Gorman figures history as geography. In other words, the American past is not exclusively located in textbooks that use the past tense. Rather, the past lives in places, and we must recognize that we “step into” the “past” wherever we go. Standing in front of the Capitol to deliver her inaugural poem, Gorman stepped into a geography built by slaves. Historian Lina Mann writes that the city’s “placement along the Potomac River, in between the slave states of Maryland and Virginia, ensured that slavery was ingrained into every aspect of life, including the buildings, institutions, and social fabric of Washington, D.C.” In this sense, Gorman is both “descended from” and surrounded by slaves.

Our task, Gorman beseeches, is not to just face the future with optimism. Rather, it’s having the courage to recognize the history that surrounds and sustains the present. This is not a history to be cherished, memorialized, and consumed. Rather, it’s a history in need of “repair”, like a house in disrepair. Gorman challenges us in the final lines to be the “light”, a light that helps illuminate the past, which lives in and structures the present. We must be the “light” first to see the violence of the past/present, and then we must work to “repair” the past/present.

Gorman’s poem asks us to work. Not the easy work of climbing a hill whose summit we can see, but the work of being the light to illuminate the horrors of our national past, and then the light that works to “repair” those horrors. This work of reparation begins with acknowledging that the nation was not led astray by Donald Trump. Rather, Trump is part of the “never-ending shade” we must learn to see. For many Americans, for many white Americans, this means doing the work of learning to see ourselves as both the product and perpetuator of such shade.

Harper, Steven. ” Insurrection Timeline — First the Coup and Then the Cover-Up”. Moyers on Democracy. 13 January 2021.