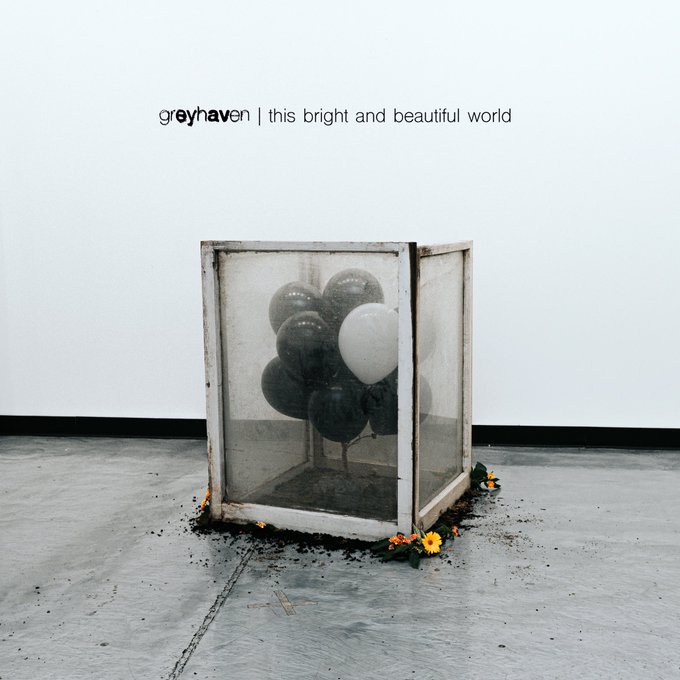 When Greyhaven announced This Bright and Beautiful World, the announcement was accompanied by the release of “All Candy,” the record’s second track. The single found the band veering away from their punishing post-hardcore and instead towards slick radio rock. This path has been tread by numerous metal bands before them, from scene heartthrobs Bring Me the Horizon and Of Mice and Men to legacy groups like Underoath. A single listen to This Bright and Beautiful World makes it clear, however, that the band is not abandoning the ferocity of their previous LP Empty Black.

Instead, the Louisville band is gunning for the throne that now-defunct legends Every Time I Die sat atop as kings of southern fried metalcore. Opener “In a Room Where Everything Dies” burns with an intensity that rivals that band’s most frenetic moments, and on the other side of “All Candy” sits “A Painful and Necessary Action,” suturing together showy technical riffs with an understated and catchy hook. It immediately becomes clear that, rather than being a mission statement for This Bright and Beautiful World, “All Candy” functions more similarly to the last record’s “White Lighters,” a more melodic, grungier single that shows off the album’s range.

And, while the album does keep its feet firmly planted in the realm of metalcore, there is a fair bit of range on This Bright and Beautiful World. Where Empty Black blended shrieked vocals and pummeling riffs with dark, gravelly hooks, the followup finds the band playing around with space in conjunction with the last record’s winning mix, giving This Bright and Beautiful World a unique and haunting atmosphere. The way “A Painful and Necessary Action” pulls back after its brutal first verse, for example, and disintegrates into its slower, echoey hook is a much more accurate touchstone for the rest of the LP. “Of Snakes and Swans” has the most effective breakdown on the whole record and that’s entirely due to how slow, sparse, and eerie it is; the crawl of “Fed to the Lights” carries and undercurrent of tension, and the build to the chorus is deeply rewarding – even as the song doesn’t hit the throat-shredding highs its monstrous riff suggests. Then there’s the bluesy riff that swirls around the bridge of rager “And It’s Still Too Loud,” almost a comedown from the breakneck pace of the previous two minutes. It has a unique flavor on the record, particularly paired with the colorful harmonies.

When it melts into the closing “Ornaments from the Well” is perhaps the most powerful transition on This Bright and Beautiful World. It’s the only time on the LP that a soft denouement leads into a soft intro, but rather than offering the listener a chance to breathe, it’s foreboding and dark. “Ornaments from the Well” is a ballad to be sure, the slowest song on the album, one featuring only a single raw scream at the very end of the track; despite this, it’s unsettling and uncomfortable, always feeling like it’s teetering on the brink of collapse. That is never really does, never really erupts into a fiery breakdown like the other slow-burning tracks do, only makes the track hit harder. In the record’s final act there’s no closure, just a soft fade out.

This Bright and Beautiful World is an impressive effort for Greyhaven, taking the foundation laid down by the spectacular Empty Black and stretching it to its natural conclusion. While the band’s third LP might not eclipse their second in terms of its unbridled energy, it’s a fitting addition to their catalog, and the songs that would slot well into Empty Black – like the prog-tinged fury of “Foreign Anchor” – still carry a world-weary feeling that sets them apart, that prevents them from ever feeling like retreads of past hits. In any case, it’s another notch in the four-piece’s belt(s) sure to soundtrack innumerable moshpits and marathon runs.

This Bright and Beautiful World is out April 15 via Equal Vision Records.