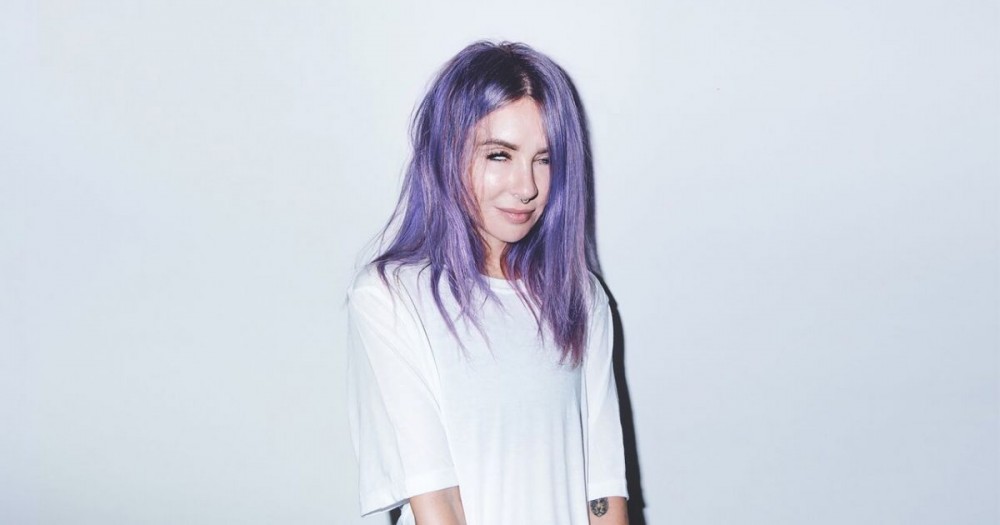 The relentless and ever-touring Alison Wonderland has established herself as one Sydney’s most successful international exports, taking her colossal trap orchestrations to festivals all over the globe, whilst maintaining a unique personal touch through her vocals and emotive instrumentation.

After three years buckling down in the studio in between touring, Alison Wonderland has returned this time around with what seems like her most ambitious body work yet. Whilst her 2015 breakthrough album ‘Run’ consisted a collection heavy yet radio friendly festival anthems, her anticipated sophomore album ‘Awake’ features some her most experimental moments to date. From the tortured vocals ‘Okay’ to a macabre intro that sounds more like something from The Godfather. While the album still treads in the realm mainstream dance music, Alison Wonderland proves she is exploring exciting new territory.

We knew the beginning this record would have to be epic, after all, what could top ‘Run’ for an intro to a dance record? Maybe a sombre orchestration strings and piano building up to a devastating drop course. As a classically trained cellist, ‘Good Enough’ demonstrates Alison’s ability to orchestrate a grand, cathartic piece music that strangely seems to bear a resemblance to her most commercially friendly work.

The infectious juxtaposition between the organic and synthetic speak volumes about Alison herself, as the classical musician turned EDM producer shows the extremes at which her sound can extend to, whilst effortlessly setting a tone for the rest the album.

Alison has always had a talent for crafting unforgettable melodies you can stick on repeat without getting sick them. In contrast to the sinister air ‘Good Enough’, we see the light with ‘No’, a summery pop slow-burner that definitely marks a major highlight on the record. With shimmering vocal chops and a chorus thats as sugary sweet as it is melancholic, it feels like the perfect child Dua Lipa’s self-titled debut and Worlds-era Porter Robinson. This track is stunning, and once again sees her stepping out her comfort zone to create a track unlike anything she has produced before.

With the majority Alison’s musical output following a predominantly darker tone, ‘No’ feels like a mellower, more pleasant touch to the album, despite the bittersweet lyrics: “They will always tell you yes, but I’ll tell you no”.

More reminiscent the material on her debut album, ‘Okay’ sees the album take a heavier, more hard-hitting turn, with freakishly tortured vocals that drive the track into a frantic bed thumping sub bass. It’s safe to say that this is one the more straight-forward cuts on the album, with the vocals carrying most the weight while the bass contrasts with the heavily distorted vocal cuts repeatedly squealing “Can we be okay”.

As one the more dance-centric cuts on the album, the drop seems a bit too stripped back, feeling as though it could possibly incorporate more instrumentation or percussion, although the wailing vocal cuts seem to hold enough momentum to carry the beat. Generally speaking, this track is an interesting listen, but feels slightly unfinished in comparison to other tracks on the album.

One the more upbeat tracks on the record, ‘Easy’ is a glossy pop track that Alison herself has described as one her most personal tracks. Based on the experience waking up feeling “borderline suicidal” and spending hours in the bathroom crying, one can’t help but notice Alison’s tendency to contrast the light and dark in her songwriting and production. The happy-go-lucky tone the track contrasting with lyrics tackling depression and self-doubt definitely create a surreal sense bittersweetness.

The use dark subject matter in such a cheerful song soundly illustrates Alison’s overcoming adversity, and once again detes from her past works, bringing a certain pop sensibility to a sound that’s dominated large capacity venues around the globe.

Stepping into darker territory once again, ‘High’ marks once the much more experimental moments on the album. Teaming up with young emo rapper Trippie Redd, Alison opts for a more minor tone once again, with an instrumental that mostly consists moody chords and ascending plucks likened more to the nihilistic landscapes Oneohtrix Point Never than her main stage EDM contemporaries. Towards the ending the track we are meet with a slow-burning beat that features skittering synths and garbled vocals before descending into a pit raging distortion.

Whilst the unconventional nature the track might confuse some, ‘High’ definitely proves to be one Alison’s most ambitious tracks yet, and even if you’re not a head for the weird side dance music, you have to admire how brave this track is for such a high prile producer.

‘Here 4 U’ is a robust trap groove constructed from crushing redlined 808s and jagged shards glass and horns that carry the track into an arpeggiated frenzy Jean-Michel Jarre-esque synths. In collaboration with the yet-faceless producer BLESSUS, It’s pretty clear that this track has an undeniable lo-fi allure, almost like an RL Grime track if it were to be remade for an 8-bit video game. As much as this track feels like an odd addition to the album, it’s certainly an enjoyable listen nonetheless.

Ah yes, here we are, the beloved ‘Church’. Undoubtedly one the most catchiest tracks released this year, Alison tackles the theme toxic relationships and unappreciative partners. Co-produced by Norwegian musician, Lido, the track is fairly straight forward, bearing a classic verse-chorus-verse structure and supersaw chords, ‘Church’ relies mostly on the lyrical content to shine.

As one the more commercially accessible tracks, ‘Church’ will surely prove to be popular at parties and festivals alike.

Piping down after the high-energy ‘Church’, Alison teams up with Compton rapper Buddy. Complete with steel drums and 808s, this track is a sleazy R&B jam in the vein Lil Yachty’s ‘Better’. Deting once again from the high octane trap heaters that brought Alison to the international scene, ‘Cry’ seems almost like the polar opposite what you’d expect from the EDM powerhouse, with angelic swelling vocals over a st mellow bassline.

As unexpected as this track is, ‘Cry’ is definitely a pleasant touch to the album, bringing a much dreamier mood to Alison’s repertoirer

Undoubtedly one the more aggressive EDM moments on the record, ‘Happy Place’ brings back those beautiful strings for round two before trailing f into a series basshunter-esque supersaw stabs that rise towards a climax before unleashing the drop in full swing. The low-end in this track is seriously something out this world, with a gut-vibrating sub bass contrasted with the famous wailing ‘F*** me up on a spiritual level” line. As far as dance cuts on the album are concerned, this track is certainly a highlight, and is guaranteed to populate the dance floor at any function.

Another club-friendly track, ‘Good Girls Bad Boys’ begins with an ensemble processed vocal cuts and bumpy sub bass before building up into a reverberated room sonic shards glass and distorted vocals. The track suddenly takes an unexpected turn when we are met with a bed string orchestration along with lyrics “Self hate, regret can drive us to death”.

This is definitely one the most unnerving and interesting pieces on the album whilst serving as a decent bop to throw on in the club.

On ‘Dreamy Dragon’, Alison teams up with Chief Keef to create an upbeat spaced out dance track. This track feels unexpectedly optimistic, featuring a rapper who is known for testosterone-fuelled rap anthems such as ‘Love Sosa’ and ‘Don’t Like’. Not that anyone can complain, because when you get on the bright side Alison Wonderland, boy are you in for a ride. While this track might lack a filthy drop or a string orchestra, it unravels to be one the most feel-good moments on the album, featuring a glossy set chords with Chief Keef joyously top lining over the beat.

Also co-produced by Lido, this short transitional cut consists an intense buildup, causing the listener to mistaken it as a drop, however we are met with a beautiful bed vocals and chords that seem like they could develop into a full track. One could only ‘Hope’ there will be a full length version this track in the future.

Teaming up with Perth boys Slumberjack for the second time around, ‘Sometimes Love’ is a heavyweight dance track that is certainly more geared towards the festival side the spectrum, with synthetic beeps carried by an ascending hook leading into a drop that contrasts rumbling 808s with high pitched synth squeaks. Whilst this track might be quite stripped back instrumentally, there is plenty momentum in the beat to get the crowd moving. Even though this track might not be the most harmonically complex cut on the album, it definitely makes for a fun listen.

And finally we are brought to the title track ‘Awake’, a bittersweet farewell ballad that feels like the perfect end to such a chaotic album. After incorporating such a diverse palette emotions throughout the record, ‘Awake’ feels like one the most emotionally cathartic that Alison has produced. In the same vein Lana Del Rey’s ‘The National Anthem’, ‘Awake’ features a bed airy pads carrying Alison’s bellowing vocals.

Overall this album is a sound follow up to 2015’s ‘Run’ and well worth the hype. Taking into account the subject matter and incorporation her classical training, this album has seen Alison mature greatly both as an artist and producer, making for an album thats as fun to dance to as it is to sit back and listen to.

‘Awake’ is out now EMI Music Australia. Stream it  or below.